Friends of my Enemy: After the War 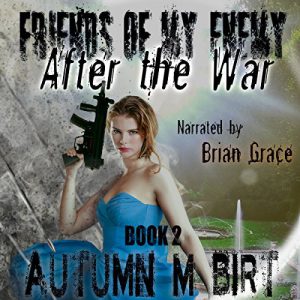 Book 2 of Autumn M. Birt's military dystopian thriller is now on Audible.com! The story continues in audio form. Walk in the shoes of several interesting characters and see what is to become of the war that has torn the world to shreds.

"How do you remove a war hero from power?

Known as the Lady Grey, her leadership won the apocalyptic war that ravaged Europe. But now in 2068 and three years into the official peace, the alliance she's maintained with the seven ministers who rule Europe falters under the lack of an external threat. They want back the power she claimed in a bid to protect the continent, an authority they never authorized. With no war, she is no longer needed, even if she safeguards the borders from a threat that is hiding more than is dead.

But how do you plot the downfall of a popular wartime heroine, a woman who controls the armed forces? One dent at a time...."

Friends of my Enemy: Stories From the War 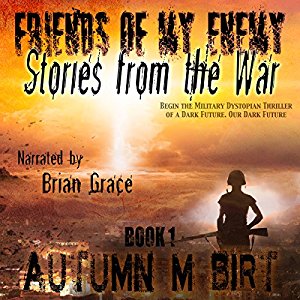 Book 1 of Autumn M. Birt’s military dystopian thriller is ready for purchase on Audible.com! I am very happy with this audiobook. There are many diverse characters with several different accents and nationalities. The story takes place in the near future.

“Stories from the War consists of 11 interlinked short stories that precede the military dystopian thriller series Friends of My Enemy. Set in Europe, this thrilling series unfolds through the intersecting lives of a small handful of people and explores adult themes, both dark and hopeful, of friendship, romance, and family, including how these influences direct everyday choices which ripple outwards to impact governments on the verge of war. Because not all influence is good, and not all decisions can be made in time.”

Diary of a Minecraft Bat 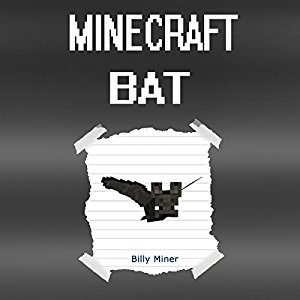 So I was browsing around on the ACX website, looking for books to narrate. I came across some kid books that looked amusing. One in particular caught my interest. As I read the story I could picture the many little characters and what I imagined they sounded like. This story is the perfect example to why I Voice Act for a living. It was just a lot of FUN!

"In this humorous story, Bart the Bat leads his friends to a desirable place without promises that are too big. He warns them in advance that the blood they are after isn't worth it, but they insist on going. Little do they know, this trip takes them past darting guardians, attacking ender dragons, and ugly werewolves, only to discover the irony of their bad listening skills."